There are hundreds of totem poles on Vancouver Island made by many of the 50 first nation tribes on the Island. Although totem poles have become a symbol of all Northwest Coast Native people , tall multiple-figure poles were first made only by the northern Northwest Coast Haida, Tlingit, and Tsimshian peoples in British Columbia. They were carved as door entrances or interior house posts used as a supporting beam in the homes and also made as memorials for chiefs. 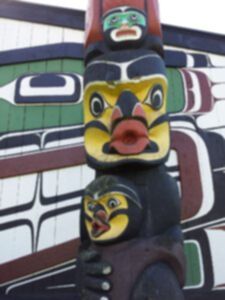 A great day trip from the resort, would be to Duncan where there are many scattered through out the town and you can take the Duncan Totem Pole Tour. There is also a separate area behind the Chances Casino In Duncan that houses many more  in a private area for viewing.

It is a great way to spend the day and also to explore over 300 unique, vibrant, eclectic shops and services, including works from our many local artisans. 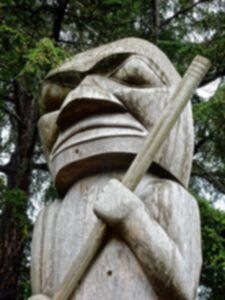 This video is from Haida Gwaii but but offers a wealth of information on the totem poles.